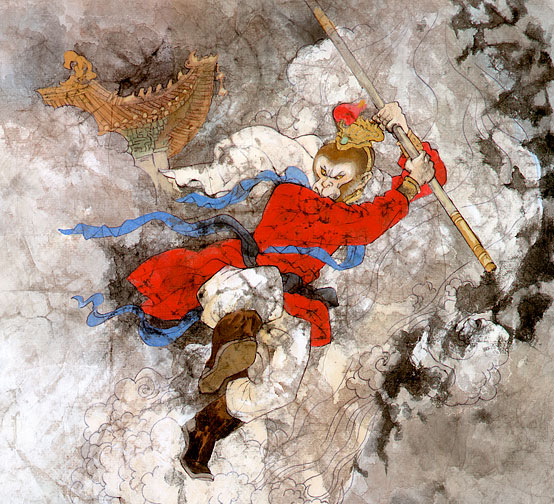 A Clockworks/Savage Worlds adventure for your enjoyment.  ¶ 9:06 AM This was a surprisingly taut thriller. One of the principal tensions in the movie is between Old Media, represented by Russell Crowe as an old school print reporter, and New Media, represented by Rachel McAdams as a reporter/blogger for the paper's online edition. Crowe brings enough conflicts of interest for two people to the investigation of a timely political conspiracy. The drama is undermined only slightly by overlooking some of the dynamics of the 24/7 news cycle and by the presentation of Crowe's reporter as someone still dependent on paper databases.

Interestingly, one of the most disturbing images in the film is during the end credits when we see robots wheeling rolls of paper around the printing plant. It was as telling a portrait of modern society as the film's central conspiracy of the outsourcing of our most important public functions.  ¶ 4:08 PM

I finally made my way through all 670+ pages of Ptolus. It is quite an impressive work, and Monte did a great job addressing many of the genre conventions of fantasy gaming. In particular, I liked his explanation for many of the dungeons underneath the city.

Still, the work has more than the whiff of a fantasy heartbreaker. There is just so much going on in Ptolus. While there is some hand-waving to justify why this is so, the rest of the setting, Praemal, suffers. I would much rather have seen a more conventional presentation of Praemal with a separate city book for Ptolus and a separate book for the Spire itself. The book is so large that it was difficult to hold and carry around the house, let alone put in your bag and take to a game.

The overall physical presentation, though, is fantastic. Presenting much of the information in the style of a travel guidebook was an inspired idea. And the generous use of annotations and cross-references in the margins makes the wealth of material accessible and easy to use. About the only negative thing that I can say is that in the discussion of the Spire, it is assumed that you have the fold-out maps to reference. It would have been more helpful to have copies of those maps in the book.

While Ptolus is a very impressive work, I can't say that it is the best 3d edition city-book. Famously, Ptolus was designed for Monte's campaign during the development of 3e. In that regard, it is much closer in spirit to what came before than much of the material that we now think of as 3e. Which is why Ptolus is really the best 2e city-book.  ¶ 8:02 AM

The scattered musings of Jeb Boyt, Austin Texas. A collection of the random bits that scamper through my monkey brain. This blog is my personal record. The opinions expressed here are my own and are in no way associated with any employer, board, commission, organization, or other entity that I may be affiliated with. So there.